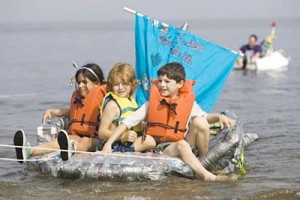 END_OF_DOCUMENT_TOKEN_TO_BE_REPLACED

Life After Graduation from the New School of Monmouth County 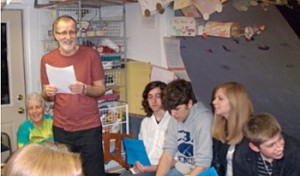 Over 50 people squeezed into the second floor of the New School of Monmouth County for Graduate Night on March 10, giving current families and prosepctive families a chance to see how this alternative school prepares students for the future.

The New School, founded by current director Susan Chilvers, bases their education model on the Montessori system where students learn at their own pace, explore areas of interest to them, and receive a more individualized curriculum. The only testing comes in the form of the Iowa Test of Basic Skills (ITBS), which is necessary for high school placement.

But how do these students from the small alternative schoolhouse fare when they transfer to mainstream high schools? Eighteen graduates now attending high school came back to answer that question.

“My friends in high school think one bad grade makes them bad at something,” said Varun Kambhampati, a freshman at High Tech High School in Lincroft. “Because of the New School, I learned to look at what I did wrong, know I can do better, and realize that one grade doesn’t quantify my intelligence.”

END_OF_DOCUMENT_TOKEN_TO_BE_REPLACED

The New School of Holmdel’s Creations on Migration 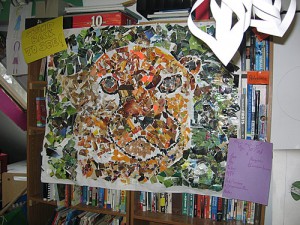 The New School, a K-8 ungraded, alternative school has always been a source of unique lessons and student projects and their latest undertaking is no exception.

The school’s “Older Class” (grades 6-8) are working on an ongoing project about migration, as part of the school’s year-long theme of “Music and Movement.”

The school picks a theme at the beginning of each year and designs their lessons and activities keeping with that theme, including class trips, plays, reading materials and projects. Last year’s theme was history.

For the migration project, the class watched National Geographic’s “Planet Earth’ series and picked animals to base their projects on, elaborating on what each animal eats, their physical makeup, and how they migrate, whether it be for mating or food.

Haley Vallone, 11, based her project on the Pronghorn, a peculiar creature that does not have any living relatives left, she said.
END_OF_DOCUMENT_TOKEN_TO_BE_REPLACED